Since the 1990s, academic psychologists have put forward a number of MBTI criticisms. These have persisted and not been resolved. This year is the centenary celebration of Jung’s publication of Psychologische Typen. The British Association of Psychological Type (BAPT) therefore organised a symposium (1-3, 7-9 June 2021) to discuss these criticisms.

Whose side would Jung be on?

My presentation opened the symposium. It considered how Jung’s views related to the academic psychologists’ criticisms of the MBTI. It also compared the three main paradigms of academic psychology, Myers-Briggs typology, and Jungian/Post-Jungian theory (or analytical psychology). BAPT have published the recording (also below) on the their youtube channel. The presentation lasts just under an hour.

A new video explains Jung’s theory of typology and compares it with the popular interpretation developed by Isabel Briggs Myers. It examines the aspect of typological theory that Jung often complained was overlooked. The video lasts just over 50 minutes and covers:

The video is available at https://myers.co/typology.

For those with an advanced interest in Myers-Briggs typology and Jungian theory, there was a free 45-minute live webinar on Tue 3rd Sept as part of the BAPT ‘In Conversation’ series.

BAPT is the British Association of Psychological Type, primarily for those who use the MBTI® or alternative instruments in commercial applications (coaching, leadership development, team building, etc.). There was a discussion between BAPT’s Richard Owen and myself about the differences between Myers-Briggs and Jungian theory, and the future of typology. The webinar can be viewed at https://myers.co/baptconversation

There is a popular misunderstanding that C.G. Jung approved of Isabel Briggs Myers’ work. However, he repeatedly objected to the popular interpretation of his book Psychological Types and research based on the MBTI® instrument. There was a rift between I.B. Myers and C.G. Jung which has been hidden for more than half a century from those who use Myers-Briggs typology (Myers, S. 2019).

The misunderstanding is largely due to a complimentary letter from Jung to Myers in 1950. However, Jung did not write it and it did not represent his opinion. It was written by his secretary who couched it in diplomatic language to conceal Jung’s disapproval.

END_OF_DOCUMENT_TOKEN_TO_BE_REPLACED 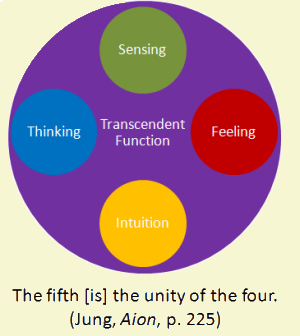 A new, peer-reviewed paper has just been published in The Journal of Analytical Psychology (JoAP), with the title The five functions of psychological type.  JoAP is the leading international journal primarily for Jungian Analysts.

The paper argues that it is better to refer to psychological type theory (better known as Myers-Briggs typology) as containing five functions, not four.

The abstract is openly available at the JoAP website.  This blog page provides a summary of the content.