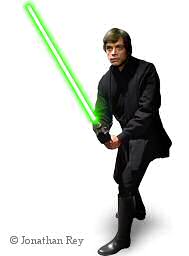 The resolution of interpersonal and international conflict is often hindered by the hero myth.

A traditional hero in myth is a powerful person who “vanquishes evil… and who liberates his people from destruction and death”1. The psychological power of the hero is illustrated by its frequent use in fiction to achieve commercial success. For example, George Lucas used a hero myth to craft the characters in the film Star Wars. This was so successful that the hero myth became an integral part of Hollywood screenwriting and computer game design.

However, less attention is paid to the significant role that the hero myth can play in interpersonal and international relations. It can shape those relationships, exacerbate conflict, and create new problems of its own.

The hero has been recorded in myths and fiction since the invention of writing. For example, Odysseus was a hero in Homer’s epic poem written about 3,000 years ago. The mythologist Joseph Campbell argued that all hero myths have the same structure. Although most contemporary mythologists reject Campbell’s argument, heroes nevertheless appear frequently in popular myths.

C.G. Jung was less prescriptive about the hero than Campbell. As a psychologist, what interested him most was not the structure of hero myths per se, but why people identified with heroes and liked stories that were based around them. He produced a psychological explanation that provides useful insight into the nature of conflict and how it can be resolved.

Before going into that explanation in detail, it is important to note the difference between leadership and hero identification. In many situations, a group needs effective leaders to deal with tangible problems and achieve its goals. However, hero identification is a 2nd order, psychological process that can distort the relationship between leader and follower.  This article is about that 2nd order process and not about the nature of leadership.

People identify with heroes due to a resonance between the hero’s character and an unconscious need within the individual or society. For example, “people always long for a hero, a slayer of dragons, when they feel [a psychological] danger”2. The psychological mechanism of identification has three components:3

1 – An Unconscious Problem
In Jung’s view, hero identification originates with an unconscious need or unresolved problem.

2 – Unconscious Regression
The unconscious mind seeks resolution to the problem by regressing to a childhood state in which problems were solved and needs were satisfied. At that time, the child will have identified with the parents, who were imbued with a sense of omnipotence because it seemed as if they could solve anything.

3 – Identification with Similarity
The unconscious mind transfers that regressed state of childhood identification onto someone who exhibits similar characteristics to the parents. There is an unconscious hope that the present-day hero will provide a solution to the individual’s problem.

The impact of hero identification

Identification with a hero can have both positive and negative consequences. On the positive side, it can help the individual find real solutions to life’s problems. It can provide a healthy degree of escapism, providing a psychological defence or maintaining a psychic balance in the face of overwhelming difficulty. It can also help develop greater insight, e.g. acting as a mirror to one’s own personality. Over time, this can increase maturity by transforming the individual’s personality through self-awareness.4

Hero identification can also lead to problems because it focuses on selective evidence, distorts judgments about power and morality, and polarises views. A society will laud the actions of its own heroes and condemn the actions of its opponents, because it focuses on and exaggerates particular qualities on each side.  This diagram represents how the hero and the hero’s opponents might be seen through the lens of hero identification:

This distortion of views is epitomised by the saying “one man’s terrorist is another man’s freedom fighter”5. The heroic response to evil is to destroy it, so if a hero kills someone it is viewed as a necessary act for good to triumph. The same action by an opponent is viewed as unjustified evil. The choice of positive or negative label is based on subjective criteria that determine what is “just”.

When two heroic cultures are in conflict, the distortion of judgment on both sides leads to an almost irreconcilable difference of views. The people that one society views as heroes are regarded by the other society as terrorists. This polarises views, because each society regards the other as irrational as well as evil.

Some examples of this type of ‘irrational’ polarisation include:

If the causes of hero identification are unconscious and unresolved problems, and it leads to distorted judgments, then the solution is to raise awareness of those problems and to develop a more balanced view. This removes the drivers of hero identification, clearing the way for a more rational dialogue about more tangible problems. This solution requires an investment in greater self-awareness and the development of empathy with the other society’s problems. It also calls for a willingness to recognise the evil side of one’s own actions, and greater appreciation of the goodness that can be found in the other.

This can be difficult in an heroic culture, because most people want to do the opposite and condemn the opponent for its evil actions. For example, Cherie Blair once said “As long as young people feel they have got no hope but to blow themselves up you are never going to make progress.”12 She was pilloried for the remark, and forced to issue an apology. However, it is widely recognised that hopelessness and suicide are linked13. Although her comment contained a great deal of truth, it was unpalatable to a somewhat-heroic British culture.

Overcoming hero identification also requires leaders to transcend the heroism that put them in that position, and for society to continue to accept their leadership when they do. There are very few successful role models to show what this entails, though Gandhi and Mandela are the most obvious examples. They both exhibited heroism in the early parts of their lives but, when they eventually acquired power, they resisted the calls to use that power heroically in order to vanquish their opponents. Rather, they sought solutions that respected the legitimate needs and concerns of all sides. Although they did not solve all the problems that created the need for heroes, they helped their societies take a very significant step forward.