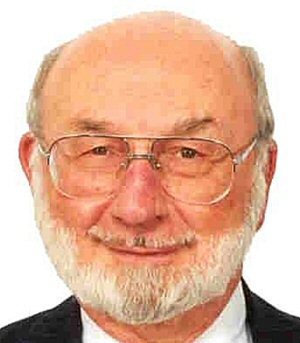 Hile Rutledge, president of OKA Associates, has announced that Otto Kroeger has passed away.  In his tribute, Hile states that “Otto’s life and work touched many thousands around the world”.  That is certainly the case, possibly even an understatement, and I was one of those he helped through his books, his advice, and his friendship.

Otto was known as “Mr MBTI”, an expert, pioneer, and author in the field of personality type.  What stood out for me was the way he brought the subject to life, in both his writings and his speech, with humour.  The most famous of these was the “hamburger” story.

Going for a hamburger

Otto used the story of someone going for a hamburger to show both the complexity of personality type and how type differences can affect relationships.  The talk was not for neophytes – it was aimed at people who already had a good basic knowledge of personality type – though most people found it entertaining and amusing irrespective of their level of knowledge.  He told the story many times, including at conferences run by the British Association of Psychological Type (BAPT), and despite the humour the story made some very important points.

For example, one of the misunderstandings or misuses of personality type is to put people in boxes and express prejudice – e.g. by thinking that if someone has “P” in their personality type code then they can’t make a decision.  However, Otto’s hamburger story shows that all types use both P and J.  If you read a menu, then you are Perceiving.  If you decide to have a hamburger, you are using Judgement.  You can watch Otto’s hamburger talk in full on OKA’s youtube channel.

I recall one funny incident with Otto from a BAPT conference in the late 90s.  He was speaking at the conference, and gave attendees either a tape from one of his talks or a T-shirt tailored to their personality type.  However, when he handed out the T-shirts he encountered a problem with those who had INFP preferences.  Their T-shirt had the amusing title of “F-shirt” blazoned on the front.

Otto hadn’t anticipated the British reserve and sensibilities.  There were quite a few attendees who were not keen on wearing a T-shirt with a double entendre.  He therefore found himself having to exchange several “F-shirts” for a tape of him talking!

Also, although Otto exchanged most of the shirts, I kept mine.  I told him that, faced with the choice of an obscene T-shirt or a tape of him talking, I had chosen the obscene T-shirt.  Otto chuckled.  He was not only a world-leading expert, but he had a great sense of humour.

For those new to personality type, Otto published a range of books, available from Amazon, on relationships and leadership – e.g. Type Talk at Work, 16 Ways to Love Your Lover, and Personality Type and Religious Leadership.   His books are very readable and use practical, amusing examples to explore the similarities and differences between people.  Otto also provided insights and advice that experienced practitioners found useful, and I’m grateful for his help and advice when he visited the UK.